Asia has the opportunity to leapfrog energy sector development issues. Why is it hesitating? Last year, two townships in Yangon, Myanmar, introduced “smart” meters to their electricity system. In spite of good results, however, the country’s Ministry of Electricity and Energy has been reluctant to give the go-ahead for a roll-out across the Yangon region. Why?

After all, the meters promise multiple benefits for developing cities. Firstly, they reduce wastage and loss, a major issue for Myanmar. In 2014, the country’s estimated power loss was 20.5% – compared with less than 7% in Thailand – according to the International Energy Agency (IEA).

Smart meters also prevent illegal siphoning of power, a problem throughout the developing world, and they bring transparency to the use and pricing of electricity.

Colin Steley of the renewables company Stratcon notes, ‘over the Covid outbreak we’ve seen the public protest that they’ve been overcharged by their utility. So having a level of transparency to ensure proper billing has huge potential and saves costs of having technicians read off analogue meters.’

What’s more, the meters could prove an invaluable tool in the fight against climate change – helping national and regional governments persuade consumers to manage their consumption and reduce usage.

The financial arguments in favour of the technology seem equally clear. In the two townships where the smart meter system is operating, Daw Bone and Pabedan, it has already reduced losses by, respectively, 10% and 20%. Completing the rollout of advanced metering infrastructure (AMI) in Yangon will cost about $2.24 million, according to EVER Meter, the company which carried out the initial installations, but claims that increased efficiency will mean the government recovers the cost in three years.

Moreover, as Murray Hogarth of Australia-based smart meter hardware company Wattwatchers points out, ‘there’s an opportunity for developing world countries to leapfrog a whole lot of development costs in the energy sector. They can go straight to renewables like large-scale wind and solar farms, and also small-scale distributed energy resources such as rooftop solar PV and storage batteries enabled by digital technologies, and short-cut a lot of investment.’ And rationalized and efficient power generation and management will be a key step in the economic progress of developing countries.

Reasons to be cautious

This rosy picture needs some adjustment. Savings to the consumer – and the planet –  for instance, are not automatic, but also rely on consumers themselves adopting energy-efficient behavior. If consumers are not familiar with managing these new systems, they are less likely to pay close attention to the energy-saving potential of such smart meters – or how their personal data is being used.

Which raises another area of concern: data. There are growing worries over security as data collection and processing proliferates. Many groups, like the National Consumer Council in the UK, would argue that if data protection laws are enforced, there should be no problem.

However , ‘if’ is clearly the operative term here – and even this only applies to countries where data protection laws are adequate to begin with.

The politics of interest

Then, too, there are often particular interests in the way. Colin Steley says that ‘where each utility company has a franchise area, it’s not in their interests to have clear and transparent metering. They can play with the figures and no-one knows how they’re really being charged. With smart metering, utilities and end users are able to trace energy consumption, peak power, load factor and the rest of it.’

Hogarth adds, ‘with developing countries it wouldn’t be a case of replacing analogue meters with digital meters, it would be metering for the first time in a lot of sites. For business sites that’s probably not too controversial, but for residential… you’ve got a lot of politics as well.’

And politics is perhaps the most likely explanation for the Myanmar stand-off. From 2004 to 2016, under the military government, EVER Meter had a monopoly of the provision of analogue and then digital meters to the country’s Electricity Supply Enterprise. Since the National League for Democracy came to power in 2016, that monopoly has been shaken. Relations between EVER and the country’s central energy authority have been dogged by controversy over tendering processes and concerns about the utility of the technology the EVER smart meter uses.

So matters are at a stalemate – for now. However, there is an election due in November, and Colin Steley says this is likely to be a key factor. If the military comes out on top, he predicts, Myo (EVER) will come to the fore. “If the current government comes out on top, the other guys will win. That’s the bottleneck.’

Myanmar’s experience could be instructive for the rest of Asia, both in terms of the obstacles and the opportunities it reveals. The potential gains, in particular, are huge. Both India and the People’s Republic of China are investing heavily in smart grid systems and India, like Myanmar, is a heavy loser from power theft.

After all, the use smart grids in Myanmar proves that they can transform communities in other countries by providing electricity efficiently and effectively in places where before there was none at all. 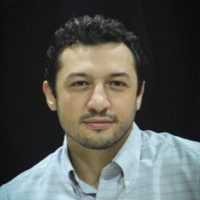 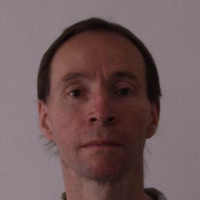 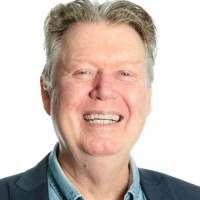 Linkedin-in
PrevPreviousEyes in the sky: How satellites can be a tool for financial inclusion
NextNo credit score? No problem. Here’s how AI can help any business get a loan.Next “Skillsets can be learned. The ability to execute is more important”