Could fish farms inspire the next wave of solar energy? For years, Norwegian salmon farms have used large floating high-density poly ethylene (HDPE) rings moored to the ocean floor to hold netting in place in the famously rough North Sea. Now, a Norwegian company is betting those rings could be the next wave in solar power.

Ocean Sun is using ring structures inspired by these fish farms to suspend a membrane on which solar panels can sit.

“We are basing the design premise on tried and tested and proven and bankable technologies that have been used in the sea for decades,” says Are Gløersen, Ocean Sun’s Director for Asia.

The membrane is easy to install, has a minimum life of twenty years, and has no environmental impact on the water. More importantly, the water cools the solar panels directly through the membrane, which makes them up to 10% more efficient than an air cooled panel. Running out of space

According to the International Energy Agency, power generation from solar photovoltaic (PV) increased by 22 percent in 2019. Within this, floating solar is currently a niche sector, but it’s growing quickly. The consultancy Wood Mackenzie estimates that as of the beginning of this year, 338 floating solar installations have been completed in 35 countries, with 87 percent of global capacity located in Asia.

In Asia, this tech has grown in popularity because of a lack of available land space that can be easily connected to an existing power grid. So far, most floating solar facilities have been built on reservoirs, which are shielded from weather and waves. The panels can even help to save water, because they intercept the sun’s rays, thereby reducing evaporation.

“If you have a lot of space on land, then you have the luxury to choose, but many of the countries in the region are running out of space on land, and if it’s very tricky terrain, then it would be cheaper to put it on a body of water,” says Gløersen.

Singapore’s Sunseap is already building a floating solar farm in the Strait of Johor that’s expected to generate enough power for about 1,250 apartments. In August, construction began on a 60Mw floating array on the Tengeh reservoir. And Ocean Sun itself has a number of pilot projects in Singapore too, including a solar array attached to a fish farm that has been in operation for two and a half years.

Hydroelectric dams are another particularly attractive option for floating solar, because the solar panels can piggyback off existing transmission infrastructure, and they continue to produce power when dams run dry.

“Usually when it rains a lot, there isn’t much sun but your turbines are working very well. But when you have the dry season, you don’t get the rain, but you have lots of sun,” says Gløersen.

But while easily accessible, reservoirs and dams still have space limits, so some governments have started to look to ‘near-shore’ ocean solar as an alternative. These would look to open water close to land, keeping it accessible while avoiding the need for costly transmission infrastructure.

Despite the additional complications that oceans create, Gløersen argues the solution is cost competitive, particularly when it’s done at scale.

“Our total final install costs including materials would be lower than rooftop for the same volume in Singapore for sure. Rooftop installations scale poorly, so for a large project it would certainly be less costly to install our system,” he says. Perhaps the biggest challenge the ocean solar industry faces is that it’s a nascent industry. Ocean Sun, for example, has spent considerable time acquiring various accreditations, because insuring a floating solar facility without them would be impossible. And there have been various technical hurdles to overcome, such as preventing corrosion of electrical components by salt water.

Those challenges are far from insurmountable, but they do take time and money. Ocean Sun expects to make its move from pilot projects to large scale solar this year. It has already inked a deal to develop pilot projects for the world’s largest ocean solar farm – which will be built on a Yellow Sea tidal flat off the coast of South Korea – a facility that could eventually involve as many as five million PV modules.

The challenge now is to show that it can be competitive against both terrestrial solar and other forms of renewable energy. 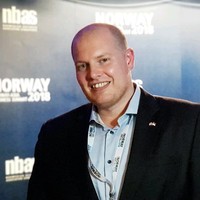 Linkedin-in
PrevPreviousIt’s possible to kill pests and minimise environmental harm. Here’s how.
NextSingapore as a regional solar energy hub? It might just happen.Next