Clean cooking specialist Otago is scaling up and looking overseas. Cambodia’s local restaurants and street side stalls are a cheap and delicious way to grab a bite to eat.

The catch? These tasty dishes are usually cooked with charcoal, and lots of it, stripping out Cambodia’s vulnerable forests while harming cooks in indoor kitchens with carcinogenic smoke. The country’s capital alone, Phnom Penh, burns through hundreds of thousands of tons of charcoal every year.

A nascent clean cooking industry has been challenging charcoal’s supremacy, however, with healthier and more eco-friendly briquettes made with other forms of biomass, such as coconut shells or bamboo.

One Phnom Penh-based company, Khmer Green Charcoal (KGC) – part of a Singapore-based holding company called Otago – makes and sells up to 6,500 clean-burning char-briquettes, weighing in at about four tons, every day.

The company estimates that each char-briquette replaces six-and-a-half kilos of tree wood, cutting down on unregulated charcoal production in a country with one of the highest deforestation rates in the world.

Otago is spearheading international expansion from Singapore, on hand to provide technical assistance as well as possible funding for potential franchisees in Asia and Africa.

While there are plenty of bio-charcoal products available worldwide, the executives at Otago are confident that they have developed a more scalable model and a better quality product that can make real inroads when taking on traditional charcoal.

“We are at the stage where we have now shown the success of our business model, technology and product,” says Carlo Figà Talamanca, Otago’s CEO.
Talamanca created Otago in 2018 after first taking over KGC (then called SGFE) in 2012. KGC became Otago’s first franchisee in the process. A partner in Indonesia – where there are similar market conditions and a larger group of potential customers – could follow this year.
At the same time, KGC is building a new factory in Phnom Penh to scale up production. KGC’s new facility should be ready by 2023, employing 120 workers (quadrupling the workforce) while boosting production by 630 tons each month.
Otago also sells its char-briquettes in 15 provinces around Cambodia, while exporting shipments to Germany and Japan. Talamanca, an Italian industrial engineer who had been in Cambodia on a sabbatical, fine-tuned KGC’s production process, using proprietary technologies to produce longer lasting char-briquettes.

As a result, these char-briquettes are slightly more expensive but ultimately more cost-effective than traditional charcoal. They save time too, as wooden briquettes need to be broken up into smaller pieces before they can be used.

Coconut shells are easy to find in Cambodia, and burn longer than other often-used forms of biomass, such as bamboo, tree roots or durian skin.

These shells are crushed into small pieces and then carbonized in specially designed kilns. The resulting bio-charcoal is bound with canvas and compressed in extruder machines to become compact briquettes.

These briquettes are then dried using heat from the kilns, deploying a proprietary process that brings drying time to under 24 hours. More traditional methods that rely on heat from the sun can take up to four to five days.

“The level of organization and customized design that went into Carlo’s production facility is far ahead of their potential competitors, so their advantage can be sustained in the coming years,” notes Charles Navarro, investment associate at ADB Ventures, the venture capital investment arm of the Asian Development Bank.

ADB Ventures has given Otago US$100,000 in grant support, including an option for an equity investment to help fund future expansion.

Sales dipped during the pandemic, but the company developed a digital ordering, fulfillment and payment system to offset this, further differentiating it from the competition.

“The organization and customized design is far ahead of their potential competitors.”

“It is also worth mentioning that during the height of Covid last year, it was Otago’s most expensive product that carried them through,” Navarro notes.

“Their customers were willing to pay two to three times the price of traditional charcoal because the amount of value they extract over the lifecycle of Otago’s char-briquette, such as heating value and structural integrity, outweighs the cost.”

The company, which is based in one of Phnom Penh’s poorest areas, is also mindful of its wider social impact, employing former trash-pickers, who used to work in dump sites for scant pay, to produce and distribute its products.

“We hire our employees through a local NGO that tries to help children from disadvantaged local areas with vocational training,” Talamanca says. “We hire their parents, providing a stable job, good salary, annual leave and all of those benefits, with the condition that they are obliged to send their children to school.”

After the pandemic hit, the company also continued to pay worker salaries during the lean months, which isn’t always the norm in Cambodia, while discounting its briquettes from $0.40/kg to $0.35/kg to help customers keep them in stock.

The company had a difficult start however, and was close to shutting down when Talamanca first joined. Building a customer base proved to be a formidable challenge, as many people were more comfortable with traditional charcoal and reluctant to change.

“We hire our employees through a local NGO that helps children from disadvantaged local areas.”

“Some customers didn’t want to try our briquettes, even if we gave them away for free,” recalls project manager Phalla Seang.

But the company soon benefited from good word-of-mouth to build up its market share to meet around 1.5% of Phnom Penh’s charcoal demand today.

Lin Hay, a restaurant owner in the capital, points out that Otago’s char-briquettes produce “no smoke and no sparks,” allowing her to work safely in her small kitchen. What’s more, she thinks her food tastes better than ever. 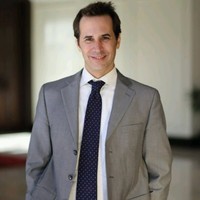