Help for small farmers, from an app that tells them what’s wrong with their crops “The long-term goal is to be like Google for farmers. We want to change the way farmers can operate,” says Korbinian Hartberger.

Between 600,000 to a million people turn to Plantix for help every month, depending on the season, usually by snapping and sharing a picture of the affected crop. After analysing the image, Plantix messages the farmer with the likely cause together with suggestions on what to do next.

Most Plantix users are in India but Peat is keen to broaden the app’s footprint, in South and Southeast Asia in particular.

The app can diagnose 400 types of plant damage across 30 major crops by trawling through more than 30 million geotagged pictures that have been uploaded to its database. More crops and ailments will be added as usage rises among farmers growing different kinds of food.

If the app’s AI is less than 85% sure of the likely cause, it will give two or three likely options instead. For further support, farmers can connect with, follow and recommend other farmers and experts in a community-based part of the app.

Peat employs around 20 full-time agronomists to chime in with tips too. These are based in different parts of the world to provide a round-the-clock service. Plantix is currently available in 18 languages.

The app also includes an online library, offering advice on topics such as how to avoid crop loss or minimizing use of pesticides and fertilizers, as well as additional tools such as a weather forecaster and fertilizer calculator.

Peat is also seeing if it can mine the user-generated information it gathers to predict crop yields or potential threats from diseases, engaging in small-scale trials with Stamford University.

India, with its high number of smallholder farmers, low data costs and high smartphone penetration, accounts for around 80% of Plantix users.

Bangladesh and Pakistan, similar to India in terms of crops, climates and languages, are next in terms of user numbers.

Despite existing opportunities in South Asia (there are an estimated 120 million smallholder farmers in India alone), Peat is looking to expand in Southeast Asia to broaden the crop types, together with potential pests and diseases, in its database.

“The more heterogeneous the data set, the more robust the system,” Hartberger explains.

While Covid-related travel restrictions have paused expansion in Indonesia, Peat is taking part in AgTech Vietnam, a three-month pilot acceleration program to help smallholder farmers optimize the use of resources such as water, fertilizers and pesticides.

AgTech Vietnam, funded by the World Bank through the International Finance Corporation, has helped Peat reach out to 5,000 farmers, including 500 rice farmers, a particular priority.

WHERE HQ in Berlin; offices in Hyderabad, Indore and Pune

USER BASE Between 400,000 and 1 million users each month, mostly in India

PLANS FOR 2021 Additional Series A funding, continued growth in India, expansion into Vietnam

A wider suite of services

In 2019, the company launched a new app in India called Plantix Partner, an online marketplace for agricultural products. Individual retailers can join for free to access special deals, with the chance to be recommended to nearby farmers too.

Plantix Partner has grown since launch, signing up 25,000 shopkeepers while expanding its offerings to over 400 products including herbicides, seeds and, soon, fertilizer.

Peat recently bought Salesbee, another B2B platform with over 7,000 agricultural businesses on its network, to further augment and automate the Plantix Partner service.

In addition, Peat has started offering a credit line to retailers to facilitate more transactions on its platforms. “Without it, you can hardly sell anything to Indian SME shops,” Hartberger says. “Every single step is heavily reliant on working capital that stems from banks.”

Other companies in India offer similar services to Plantix, although Hartberger feels the market is big enough for multiple players.

Besides, rival applications utilizing image technology tend to cater to corporate farmers or specialize in one type of crop, he adds.

“For it to work, they really need to get the big agro-chemical companies to start buying into their datasets,” Voultier proposes.

Peat is unprofitable for now, making most of its money from margins on bulk buying plant protection products. It also licenses its image recognition software to bigger companies and sells subscriptions to its datasets through a service called Plantix Analytics.

The company launched in 2015, initially focused on tomato growers in Germany, with a grant from Germany’s Exist program, an incubator that supports start-ups founded by students and academics .

The founders are now looking to close the next round of Series A funding, to cover general operation and staffing costs for 2021.

If all goes well, Series B funding should follow in 2022, to expand more aggressively into new markets while developing more financing options for farmers and retailers. 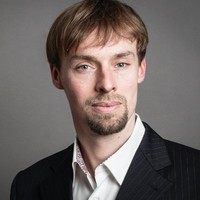