How Extended Reality (XR) could save the world As I watched the Great Pacific Garbage Patch stretch out to the horizon before me, I could feel my eyes filling with involuntary tears. I lifted off the Oculus Rift headset and immediately apologised to the virtual reality (VR) facilitator whose job it was to wipe it down for the next person.

I had just exited my first prototype VR diving experience during which I had collected 58 pieces of digital trash, only to learn that my efforts would have been next to useless. There are more than five trillion pieces of plastic in our oceans, and at the current rate by 2050 there will be more plastic than fish in our planet’s waters.

VR has been called the ultimate empathy machine – a tool powerful enough to transform real climate threats to humanity into a virtual kick in the guts, making someone want to act now before the consequences of climate change become life-threatening to the human species.

Blending art and technology to maximize the power of storytelling is a growing trend, and an impactful tool with measurable outcomes that can drive engagement with the theme of sustainable development like never before.

Which new technologies are being used to revolutionise climate communications? Augmented Reality (AR) is now leading the charge due to its accessibility on any recent smartphone. In 2019, UNEP partnered with MeshMinds – a leading creative technology studio based in Singapore – to super-charge for the first time its climate communications for youth and online communities. This year’s interactive AR game for Instagram on World Environment Day allowed the partners to reach over half a million people across 90 countries covering every continent bar Antarctica. At a time when the world was gripped by a convergence of the ongoing Covid-19 pandemic, getting people to make time for nature without the power of technology could have seemed an insurmountable challenge, yet an engaging and shareable AR game perhaps offered some respite from the horrific scenes being played out across the world’s news outlets.

Is there a growing trend to mix art and technology for social and environmental impact?

Olafur Eliasson, a Danish-Icelandic artist who is also a United Nations Development Programme Goodwill Ambassador, shared his first foray into AR in March 2020, amid the COVID-19 pandemic. ‘Wunderkammer’ uses AR technology to bring extraterrestrial rocks and rare animals into people’s homes. People are invited to “bring the outside in” as they add objects, atmospheres and “imaginary friends” to their own personalised environment. While Eliasson typically addresses environmental issues such as preservation through interactive installations, the collaboration of art and technology for good is also championed by several other industry leaders.

In 2017, HTC Vive launched multi-million funding for a ‘VR for Impact’ program at the World Economic Forum, and later, VIVE Arts set out to change the way the world creates, and engages with, the arts. Tree VR, that aims to bring deforestation to a visceral and personal level, as well as Water Bodies VR, which employs first-person shooter gameplay to educate people on the issue of microplastics.

Building on AR and VR is mixed reality (MR), in which robust eye-tracking and hand-tracking technology are paving the way for developers and scientists to push the boundaries of understanding human behaviour. Coupled with artists who can build visually arresting virtual environments and interactive digital objects, the next five years could see a new trend in co-creating training simulations for climate crisis preparedness. Environmental education could be powered by engaging data visualisations that can be accessed and manipulated in real-time by people interacting in the virtual space. What does the future of XR hold for climate communications?

Imagine stepping into a shared virtual learning space with people from every continent able to interact with 3D digital objects with the same ease with which we browse websites today. With ever faster internet speeds, using smart glasses to transform the world around you offers a game-changing opportunity for deeper connections, a way to personalise digital space and invite others in.

These collaborative 3D virtual worlds offer a chance for people to connect with and see each other more deeply than today – to be together in more meaningful ways whilst physically apart. Given the growing global penetration of smartphones, AR has the potential to offer this experience to millions.

What we need is structured programmes that blend creative thinkers with engineers and developers that can empower people, not only on a personal level but on an international level, giving everyone a chance to be involved with the movement of technology being used for good. But all the while we must continue to be wary of technology giants developing immersive media solely for the purpose of capturing personal data from users.

The burgeoning creative technology industry has the opportunity to spearhead positive social and environmental impact by accelerating education through interactive, shared learning experiences. 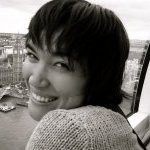 Linkedin-in
PrevPreviousWhy impact investing is on the rise right now
NextBig tech failed us during Covid. It’s time for a re-think.Next