How hand-cranked defibrillators, designed and made in India, could save more lives When Dr Nagesh Hingmire, owner of a small rural hospital in India, needed to replace his old defibrillator, he decided to try something new – a machine that could be powered up by hand rather than rely on battery power, and still save lives.

“It can be used anywhere,” explains Hingmire, who runs a 30-bed hospital 70 km from Pune, the nearest city, in Maharashtra, India’s second-most populous state.

“And the main thing is it’s biphasic, so less energy is required and it’s less harmful to the patient.”

Biphasic defibrillators deliver a lighter jolt than older models by switching the electrical charge between paddles, reducing the risk of burns and other injuries.

Their monophasic predecessors – still common in poorer parts of the world as a cheaper alternative – administer a heavier charge in a single direction.

Of the 70,000 or so defibrillators in use in India for example, about 60,000 are refurbished monophasic devices passed down from richer countries. However, these could become illegal in India next year, under new regulations scheduled to go live from April 1.

Dr Hingmire’s new defibrillator, which falls in the same price range as a refurbished model, may offer a way forward in a country where fatalities from heart attacks are three to four times higher than in the West.

The life-saving device is the first product from Jeevtronics, a Pune-based firm set up by two former engineers at Ford who were also childhood friends, Aniruddha Atre and Ashish Gawade.

Their goal is to develop medical equipment for India and other parts of the world where resources, including reliable sources of power, can be in short supply.

If the Jeevtronics defibrillator isn’t plugged into the grid or a local generator for example, it can still be charged up by quickly rotating a handle on its side. This should take around five seconds for a young medic or up to 10 seconds for someone older.

Power is stored in a high-voltage capacitor rather than a battery, lowering the cost of ownership as well. Standard defibrillator batteries typically need to be replaced every year over a device’s 10-year life cycle.

The founders want the Jeevtronics defibrillator, which sells at US$1,350, to be judged on its effectiveness however.

“Price very quickly becomes an indicator of quality so if we say it’s a cheap product, people think it’s watered-down technology,” Atre says. “It’s definitely not. We have passed all the international standards governing this device.”

USER BASE 100 defibrillators sold so far, including 2 in Africa

Pune is one of India’s main automotive manufacturing hubs, and home to numerous suppliers and gear shops. This local access, combined with proprietary circuitry, can help Atre and Gawade manage costs while developing and building the components they need.

They have already modified the physical design of their defibrillator, to make it easier for medical staff who are more familiar with using monophasic devices. Next up, a model that simplifies processes even further, for rural hospitals using a defibrillator for the first time.

If they can raise enough money, Atre and Gawade also plan to produce an allied product: an automatic defibrillator that can be used by non-medical staff in commercial areas such as restaurants and shopping malls.

The company has received four patents for its technology and is looking to file more to protect against possible copycats, while striving to maintain commercial and technical momentum to stay ahead.

Time to ramp up production

Almost 100 hospitals and healthcare facilities in India are using a Jeevtronics defibrillator, while two have been sold in Africa (in Mozambique and Zambia), since the first devices rolled off the production line at the start of 2019.

Atre and Gawade are keen to broaden their footprint at home and overseas, with distribution discussions taking place in Africa and Southeast Asia. To do that, they will need a lot more money.

They have raised about US$700,000 since starting Jeevtronics six years ago, mostly in grants and loans, including a soft loan from the government to make more defibrillators during the Covid pandemic.

Now, they are looking for a US$3 million infusion, in equity or debt, to accelerate development, earmarking US$2 million to scale up current activity with US$1 million for R&D.

“This would take us into a completely different orbit,” Gawade remarks.

This boost could also help them dial up production to between 200 and 500 units per month, anticipating a surge in demand as new regulations for defibrillators come into force.

The company already experienced a spike in demand as Covid-19 spread but was unable to get enough parts to ramp up production, prompting them to review their supply chain and manufacturing processes. Next time, they want to be ready.

“We used to operate on very lean inventory and we were caught off guard when Covid hit because of the lockdown in India,” Gawade recounts. “We received a demand for 300 to 400 defibrillators and we could probably fill the demand for something like under 10.” 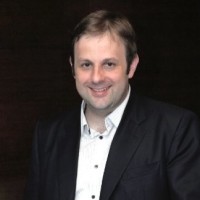 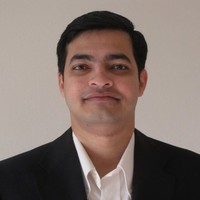 Linkedin-in
PrevPreviousBetter finance for farmers: How one fintech startup changed the way it works
NextBuilding the future with timber as strong as steelNext