How this Filipino fintech aims to fast-track financial inclusion

SukiPlus is acting as a go-between for big banks and small stores. The Philippines is home to about one million sari-sari stores – small family-run shops that serve as one of the main pillars of the informal economy, generating US$27-28 billion in annual sales.

Sari-sari is Tagalog for “everything,” reflecting the fact that Filipinos can obtain almost any goods they need at these neighbourhood stores.

Many sari-sari owners, however, lack the documentation or credit scores they need to borrow money from mainstream financial institutions, making it difficult to maintain shop inventories or grow their business.

Banks are also reluctant to pursue these customers, deterred by high admin costs and low transaction volumes per account.

As it turned out, all it would take to bring these parties together was a smartphone.

SukiPlus, an early-stage startup headquartered in Metro Manila, has developed smartphone apps that collect data about sari-sari stores to show banks that these small businesses might be worth dealing with after all.

And the company found a novel approach to bring financial inclusion to this sector; while many sari-sari owners may lack formal credit scores, they do have their reputations. Store owners with a history of repaying cash loans from their suppliers have found that these suppliers will vouch for them.

SukiPlus engages with these suppliers, who can introduce sari-sari store owners who may benefit from a loan. Suppliers also share sales and inventory data with SukiPlus, which runs this information, alongside vendor referrals, through a proprietary credit-scoring program.

SukiPlus uses this credit score to apply for loans on behalf of store owners, making the proposal more attractive to banks.

SukiPlus also makes it easier for banks by keeping tabs on approved loans to minimise defaults, as the money can only be used to buy goods from suppliers on SukiPlus’s platform.

In return, banks pay SukiPlus a service fee, based on interest sharing, and a one-off processing fee.

SukiPlus takes part of its name from the Tagalog word for a trusted customer – ‘suki’. Meanwhile, ‘plus’ signifies the technological value the company wants to add to the relationship between store owners and their suppliers.

The company was set up by three business people with a consumer goods and trade distribution background – Lee Anonas, Ava de Guzman and Kenneth Lee – who all knew each other and were familiar with the business challenges that sari-sari stores are facing.

At first, the founders lent their own cash to sari-sari owners as they worked to prove the concept to financial institutions, while manually processing data as the company’s apps were still in development.

During the pilot, SukiPlus’ team observed a 91% loan repayment rate, boosted in part by the low interest rates the company was offering, especially when compared to loan sharks – often the only option for unbanked businesses that need to raise money.

“We hope we can change people’s perspectives on loans, for the benefit and growth of their businesses”

SukiPlus also hopes it can help boost financial and technological literacy among unbanked and underbanked businesses, while boosting their confidence when dealing with financial institutions.

“We hope that after [another] year of working with micro-retailers, we will be able to change [their] perspectives on how to use working capital loans efficiently… for the benefit and growth of their businesses,” co-founder de Guzman says.

Norman Aquino, who has run a sari-sari in Metro Manila’s Caloocan City for the past twenty years, was able to double his store’s inventory with a 5,000 peso (US$103) micro-loan secured through SukiPlus as part of the pilot.

The loan helped stock the sari-sari store with more of the items his customers were looking for, Aquino says. “We started with essential items, and [were also able to offer] school supplies, office supplies, and prepaid cellphone minutes.”

Increased sales allowed Aquino to make weekly payments against the loan at a fixed interest rate while benefiting from increased sales.

WHERE Greater Metro Manila, the Philippines

Since starting on its journey in 2019, SukiPlus has won a US$10,000 award from ADB Ventures, the VC arm of the Asian Development Bank, as part of last November’s She Loves Tech startup competition.

ADB recognition “will open up a lot of networks and partnerships for us,” de Guzman says.

In August 2020, SukiPlus was one of the winners of the Resque Startups vs. Covid-19 Competition in the Philippines. It also won the “Digital Technology to Increase Credit Access to MSMEs Challenge” at the Asian Development Bank’s #DigitalAgainstCOVID-19 Hackathon the same month.

Change of plans due to Covid

The Covid pandemic forced the company to delay its planned expansion, diverting attention towards refining the company’s wholesaler ordering app and WhatsApp and Facebook Messenger chatbots, while on-boarding and engaging more suppliers online.

SukiPlus is also working with its current roster of suppliers to train them on using the SukiPlus platform more effectively.

As part of its quest to boost financial inclusion in the Philippines, Sukiplus is also looking into offering community members other financial products, such as micro-insurance for areas such as accident and medical coverage, at sari-sari stores. This new scheme would let sari-sari owners work as sales agents, and enable them to boost their earnings through commission.

The company also decided last year to acquire a money lending license, so it can lend money directly to sari-sari owners without waiting for approvals from a lender, giving the company more autonomy and flexibility in how it operates.

Despite the blindside hit of the pandemic, the company remains focused on the big picture – creating an ecosystem where store owners, suppliers, and financial institutions all benefit from sharing data with each other.

“We have the opportunity here to capture the last mile, and reach the unbanked and the financially marginalized,” Anonas explains.

If this company has its way, then sari-sari stores across the Philippines could soon catalyze a new wave of financial inclusion – and serve as a model for other emerging markets in the region. 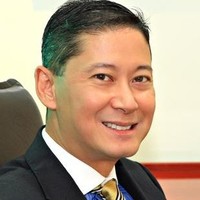