How to power a boat with ocean plastic Imagine emptying a dumpster full of fishing nets, marine buoys, straws and plastic bags into a machine, only to have it pump out clean, low-sulfur fuel that meets stringent international standards.

The Taipei based company eTouchIC Innovation (eTouchIC) believes it’s not only possible, but potentially good for the environment and good for business as well. eTouchIC’s CEO Gordon Yu is excited about the company’s “optimised” R-ONE pyrolysis process. He says this process will turn almost any plastic – mixed or otherwise – into diesel fuel.

He’s confident that there will be a market for diesel made from plastic waste. In fact, he says the resulting product is better than diesel from the pump. “The horsepower increases 15 percent, and there’s less pollution. You don’t see black smoke.”

Recovering energy from plastic isn’t a new idea. After all, most plastics are made from oil, so they’re energy rich. Plastics are commonly incinerated in Europe, the US and the People’s Republic of China, and the resulting heat is used to power turbines and create electricity.

Pyrolysis is different. It’s the process of breaking down plastics into hydrocarbons by heating them in the absence of oxygen. Those hydrocarbons can then be refined into diesel.

The company says its process is safe, environmentally sound, and doesn’t generate dioxins or other secondary pollution.

Steve Peters, an energy specialist with the Asian Development Bank, says the company’s results are encouraging, and they appear to depend on a unique approach to pyrolysis technologies.

Pyrolysis technologies have existed for some time, and the American Chemistry Council predicts it could eventually be a multi-billion dollar industry with as many as 600 plants across the US. But this is still an immature technology, and there are some downsides.

“There have always been issues with how much you can recover, and the inputs you need,” says Khalid Bahssoon, an expert waste management consultant and previous Managing Director for Cenviro, a waste innovation company backed by Malaysia’s sovereign wealth fund ‘Khazanah Nasional Berhad’.

But he agrees that new technologies are needed to supplement recycling. The world generates about 300 million tons of plastic every year, half of which are for single use. An estimated 70% of it ends up in landfill, and around 8 million tons end up in the world’s oceans.

Part of the problem is that plastics are quite difficult to recycle. Only a handful of the thousands of different types can be recycled at all, and they can typically only be recycled a few times before degrading. Even the few existing recyclable plastics need to be cleaned and separated from each other first.

“If you have any contamination it’s very difficult to recycle,” Bahsoon explains. This poses a major challenge when a bottle might use different plastics for the label, the cap and the bottle itself – one which Yu hopes his process can overcome.

It’s unlikely the process will ever replace the massive oil and gas refineries that churn out most of the world’s fuel. Ultimately, the goal is to have national governments mandate a minimum for the wider diesel stock so at the pump, maybe 1-2% of the diesel that goes into each tank might be recovered from plastics.

The company is certainly ambitious. In addition to R-ONE pyrolysis, it has promised solutions for turning agricultural waste into plastic, and for retrieving gold from electronic waste in a more environmentally sensitive way.

Yu concedes his company faces the challenge of historically low oil prices. But he thinks the longer-term challenge is to navigate through various regulatory hurdles and get governments on board.

For the time being, the company will operate mostly in countries that already have strong recycling infrastructure, mainly because R-ONE doesn’t need the best quality recyclable material. Yu will pin his hopes on the garbage that the other handlers won’t touch. 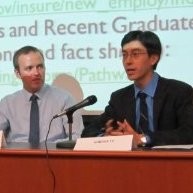 Linkedin-in
PrevPreviousIs whisky environmentally friendly? Here’s how Asia can toast to greener drinking.
NextThanks to the ADB, it just got easier to source affordable supplies of personal protective equipment.Next