CSIRO is using low-temperature solar energy in its system for humid climates. In tropical countries, economic growth and demand for more air conditioning go hand-in-hand. However, the way air-con units are used in these places – to control humidity as well as temperature – can also lead to better management of AC’s rising energy demands in hot and humid climates.

Australia’s national science agency, CSIRO, has devised a technology to cool buildings and regulate humidity that promises to be more efficient than existing alternatives, and more cost-effective and better for the environment too.

CSIRO’s technology dispenses with ozone-depleting refrigerants. Instead, it uses low-temperature solar energy, captured from the sun, to dehydrate the desiccant wheel – a rotating disc that combines humid air with a drying agent.

Tests with a range of building types in Australia, including in sub-tropical northern Queensland, showed electricity usage for air conditioning dropping by almost 30% when using CSIRO’s solution.

Now the agency is adapting its technology for Southeast Asia, a region in the midst of a construction boom where inefficient air-con systems relying on climate-unfriendly chemicals are the norm.

Making the most of the grid

The International Energy Agency predicts that Asean countries will need to boost generation capacity by 200 GW by 2040, to meet the growing need for air conditioning in this region.

Better-run AC units can rein in overall power usage, while limiting potentially damaging surges in electricity as well. That’s especially useful in developing economies which need to make sure that the grid keeps up with economic growth while continuing to meet the needs of under-served communities.

CSIRO’s solution offers other benefits too, including job creation as Southeast Asia is already part of the supply chain for AC components.

The agency hopes that a successful pilot and subsequent commercialization for its solution in tropical Southeast Asia – starting with a collaboration with a local partner in Indonesia – will encourage larger-scale adoption of low-carbon AC technology across the region.

CSIRO was a winner in the ‘Efficient clean heating/cooling solution’ category for the ADB’s Technology Innovation Challenge for the energy sector. 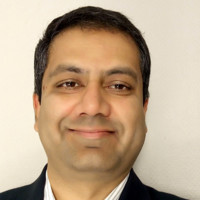